The idea about flattening of the earth is globalisation apocalypse, regardless the fact that most of us thought the world was round, other might find quite differently. It is widely believed that visions of the globalisation apocalypse have been propounded as well: The Death of Distance, the End of History, or Levitt’s own favourite, the Convergence of Tastes. Some experts in this vein view the apocalypse as a positive thing, an escape from the ancient tribal first which have divided humanity, or an opportunity to make a homogenous market, or some would say “sell the same thing to everyone on earth”. Whilst, others may see it as a bad thing: a process which will lead to everyone eating the same fast food. But they all have the tendency to assume the prediction of nearly complete global integration.

Maybe in some level, most of us would likely tend to assume that globalisation – as a political, social, and technological force – appears all but unstoppable. This rapid flow of information across the globe has made people aware of the tastes, preferences, and lifestyles of citizens in other countries, which through it, all of us becoming – at varying speed and at least in economic terms – global citizens or global community. The key ideas and practices spreading out across all nations, or the globe in this case, that become adopted or emulated by different societies but with local essence to them.

Yet, at the same time, we significantly take advantage of what a globalisation offers. For instance, we are having an international course which participated by people from various nationalities, in Japan, delivered in English which conducted by a Malaysian professor. Or in daily life activity, we drive Mercedes Benz and Nissans, work with an Apple MacBook, communicate with a Samsung phone, while wearing Giordano outfits or Nike shoes, drink Pepsi, eat KFC’s chicken wings, entertain the children with a Nintendo Switchs, and travel with Cathay Pacific Airlines. This is equally true for what the world is having, while in economic, the market boundaries for these products or services are no longer defined in solely political or geographic terms. Rather, it is the intrinsic value of the products and services that defines their appeal. Therefore, whether we like it or not, we are living in a global economy, or in same context, we are part of the global economy.

Business has gone global over recent years and even the best you managed an organisation, or how good your planning process is, globalisation carries, together with opportunities, substantial risks – from environmental to economic and political. There is a great number of globalisation strategies represent a considerable stretch of the organisational experience base, capabilities, and resources. The company conceivably may have new target markets, as it may be in new cultural settings which might requires new approaches, new technologies and resources – both natural and human, or even initiate new partnerships.

Over the last decades, perhaps more, Western companies have expanded their movement into parts of the world that carry risks far greater than those to which they are accustomed. In accordance to an international business consultancy Control Risks Group, which base is in UK, multinational corporations are currently operating in more than 100 countries that are rated “medium” to “extreme” in regards to risk, and hundreds of billions are invested in countries rated “fairly” to “very” corrupt. In order to mitigate such risk, it is essential for the organisations and companies to gain some understanding regarding the specific nature of the relationship between corporate globalisation and geopolitics, identify the various types of risk globalisation exposes them to, and adopt strategies to enhance their resilience.

Moreover, the word “Global” is identic to the impression of borderless, therefore, global risks don’t know borders as stated in a message the Global Risks Report series in 2005. Particularly, businesses are exposed as internationalisation escalates their exposure to global risks. According to the World Economic Forum’s Executive Opinion Survey, in terms of global risks, business consider to be of highest concern for doing business in their country. Over 13,000 business from 140 economies acknowledge patterns of concern at country and regional levels that can lead to initiatives to engage the private sector in partnering to build resilience to global risks.

Global events, such as the attacks of extremist group or interstate conflict are also happened to be a major concern. In sub-Saharan Africa, the top concerns include unemployment and underemployment, which is the top risk in more than half of the economies of the region, also with energy price and national governance failure. Top managements in the Middle East and North Africa are also anxious regarding the energy price and unemployment. While in South Asia, they concern primarily on the energy prices and failure of national governance. For the countries with high technology advancement, like the US, Germany, the Netherlands, and Switzerland, cyber-attack is happened to be the top concern and followed by energy price shocks. Each of these risks are among the top five risks of highest concern for doing business in the world we live in today – the globalisation era.

The concern in identifying global risks is the first step to taking capable and acceptable mitigation measures and ultimately, to build resilient businesses. Additionally, a lot of risks can exclusively be stated through collaboration among public and private sector actors and there is a strong case for businesses to join in partnerships with the public sector.

About the Author: Editor LSPMKS 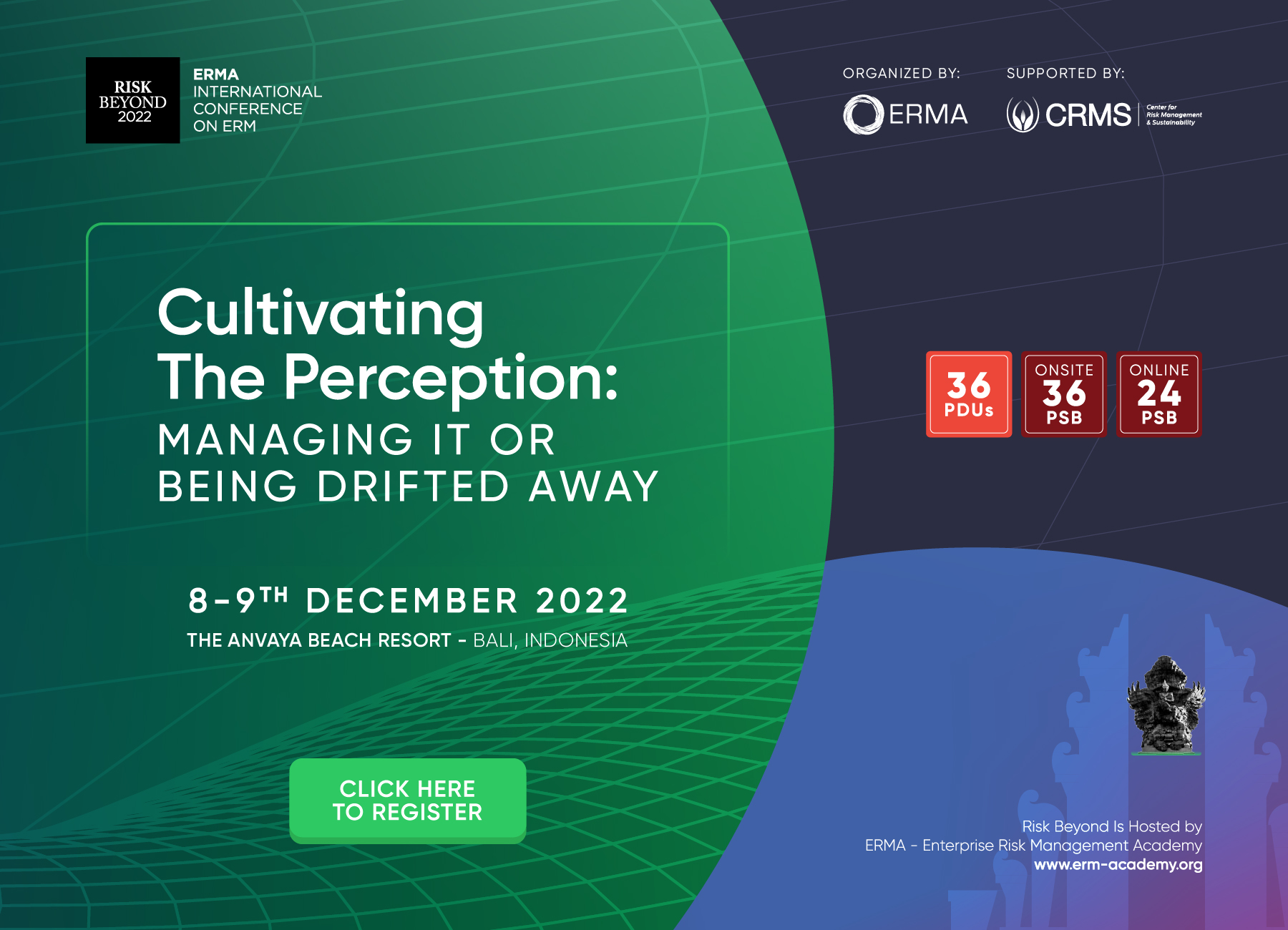 Find my RSVP for Event Name

We have email-ed you a confirmation to

Change my RSVP
{"codes":{"err":"Required fields missing","err2":"Invalid email address","err3":"Please select RSVP option","err4":"Could not update RSVP, please contact us.","err5":"Could not find RSVP, please try again.","err6":"Invalid Validation code.","err7":"Could not create a RSVP please try later.","err8":"You can only RSVP once for this event.","err9":"Your party size exceed available space.","err10":"Your party size exceed allowed space per RSVP.","succ":"Thank you for submitting your rsvp","succ_n":"Sorry to hear you are not going to make it to our event.","succ_m":"Thank you for updating your rsvp","succ_c":"Great! we found your RSVP!"}}
X
Go to Top